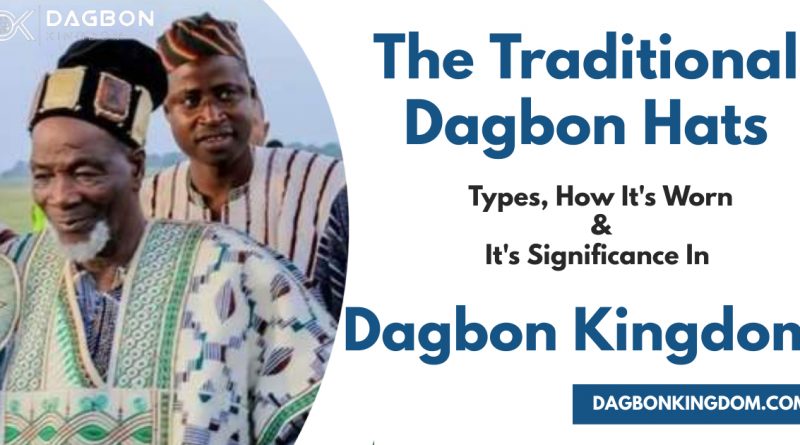 The Traditional Dagbon Hats: Undoubtedly, one of the easiest ways to know the identity of someone is by his or her outfit. The way a person dresses can on first sight, point to where he or she comes from.

All over the world, people wear clothes which depict their cultures and tradition. Even within the same country, there are significant differences in the way of dressing of different tongues and tribes.

In Ghana, it is easier to identify a person from the southern part of the country and someone from the north using their dressing code.

In the northern part of Ghana, the most common attire is the smock or the fugu, accompanied with a Dagbon hats.

Among the Dagomba people, the smock is like the official suit and it is mostly worn with a Dagbon hats to match.

In Dagbon, the hat does not only form part of normal day dressing, but it also shows one’s status in society. It is seen as self demeaning for an aged person to walk bareheaded or attend an event without a Dagbon hat over his head.

However, despite the importance which the Dagbamba attach to the wearing of hats, the type of hat a person wears depends on his status in society. Certain hats are a reserve of certain individuals in society and one needs to be careful the type of hat you wear.

Wearing of the hat is an age old tradition in Dagbon. Perhaps, it dates back, beyond Kpuɣinimbu (Kpugnimbu).

In the past, Dagbon hats took the form of animal skins and woven grass.

The wearing of hats however gained so much attention during the era of Naa Zanjina (Zangina). This was a time when trade was brisk and Dagbon came into encounter with people from all over Africa. Among those who entered Dagbon during this periods included the Hausa, wangara and the Laribanga people.

The advent of these tribes in Dagbon, led to the introduction of foreign cultures, of which the hat became central.

The most Common Traditional Dagbon hats today include;

The Yaa-Naa, other chiefs, the wealthy and opinion leaders in society like the imams wear the molifee.

The molifee is the hat that a newly installed chief is given, as a sign of his success.

The molifee is however not a preserve of any group of people.  Anyone who sees himself as a respected person in society can wear it

The mulufu is long red hat. In Dagbon, the mulufu hat is worn by two groups of people; the tindaamba (fetish priests) and chiefs who by tradition do not change chieftaincy titles.

The kpaan-kɔbiga, which literally means, “Guinea fowl feather” is the most common hat in Dagbon. It is known as Kpaan-kɔbiga because of its resemblance to the feathers of the Guinea fowl. This hat can be worn by everyone.

The Kpaan-kɔbiga is woven with a black and white thread and it mostly goes with the smock of similar colour.

The Zuɣupili Saba is not ordinary hats worn for beautification purposes. They are worn as charms, which are meant to provide special protection for the one wearing it.

There are specified functions for any of the Zuɣupili Saba.  Some are worn as local bullet proof vests known as “Gbuɣino”, while some are protection against evil and others are worn for specified purposes known to the wearer.

Whatever the function they’re meant to perform, the Zuɣupili Saba is worn by people for special protection, and they are seen mostly among the elders and powerful people in society.

Aside the Gbaŋ Lana, the Yaawum-gbaŋlana (grandson of the deceased chief) and the pakpaŋ (First daughter) wears them during the funeral rites.

Another common head gear you’d find when you attend a traditional ceremony or a gathering of chiefs is the towel. The towel is carefully folded and worn as a hat by certain individuals.

The towel is a symbol of mourning. It is worn by a

regent, whose father’s funeral is yet to be performed.  Until the funeral rites of his father are performed and he is given a chieftaincy title, he will continue to wear the towel to events.

Styles of wearing a Dagbon hat and their meaning

Among the Dagbamba, wearing of certain types of hats aren’t  only  preserve of certain class of people, but the style with which a person wears the hat is a form of communication.

The style one decides to wear his hat depends on the message the person wants to send out and one could actually get into trouble with the chief or a spiritually – fortified person in the community, depending on the way you choose to fold the topmost part of your hat.

Folding the top of the hat to the left side of the head:

When a person folds the top of his hat to the left side of his hat, he is actually telling the public that he is a humble person and he doesn’t want trouble.

In Dagbanli language, it is known as

For an ordinary person, this is a way to wear it without stirring any controversy or misunderstandings with anyone.

Folding the top of the hat to the right hand side of the head:

When a person folds his hat towards the right side of his head, it signifies that he is a person of strength. He could either be a rich man, or an influential person in society.

It is important to state that, many people actually consider themselves as such, even if they are not.

For this reason, this style of wearing the hat is quite common.  However, a person may fold his hat this way in a certain crowd but will immediately turn it to the left when he is approaching a gathering of people much higher than him. Leaving it that way in front of the chief of your town can amount to contempt.

Folding the top of the hat behind your head:

Another form of wearing the hat is to fold the top behind you. It implies that a person is an expectation that, one day he will be a leader and he will have large followers.

This style of wearing the hat is common among princes, as they envisage a day when they’ll occupy chieftaincy titles, and lead their people.

Folding the top of the hat on your forehead:

If someone folds the top of his hat in front, he is simply telling people that he has no coequal in the town. This style is mostly worn by rich people and people who are spirituality-fortified.

The person may also be the best in a certain field like dancing, or a favorite of the ladies in that town and so on.

When a person raises the top of the hat on his head:

In Dagbon, when a person wears the hat vertically on his head, it signifies that no one is above him in the whole world.  This mode of wearing the hat is peculiar to the Yaa-Naa and other Paramount chiefs in Dagbon.

Most chiefs wear this style in their various towns and villages.

However, when the Yaa-Naa is in a gathering, no chief would dare wear his hat that way.

The other people who wear their hat this way are the fetish priests (tindaamba) and people who consider themselves spiritually powerful  than anyone.

In recent times however, due to modernization and fashion, new colors and styles of hats have taken centre stage in the lives of the Dagbaŋ people.

It is therefore common to see hats of different colors and shapes.

Nonetheless, within the traditional circles, the Molifee, mulufu and other traditional hats have been strictly adhered to.

And these hats have remained one of the mediums by which the Dagomba people from the northern part of Ghana express not just their identity, but a form of their cultural values and a means of communication. 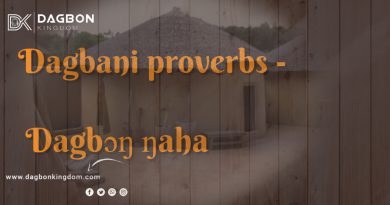 Dagbani Proverbs – 150+ List Of Dagomba Proverbs and Their Meaning 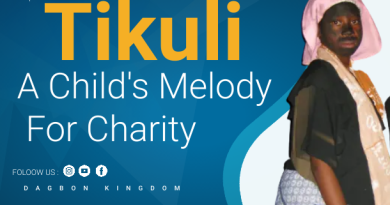 Tikuli: A Child’s Melody For Charity

11 thoughts on “The Traditional Dagbon Hats: Types, How It’s Worn And It’s Significance In Dagbon Kingdom”