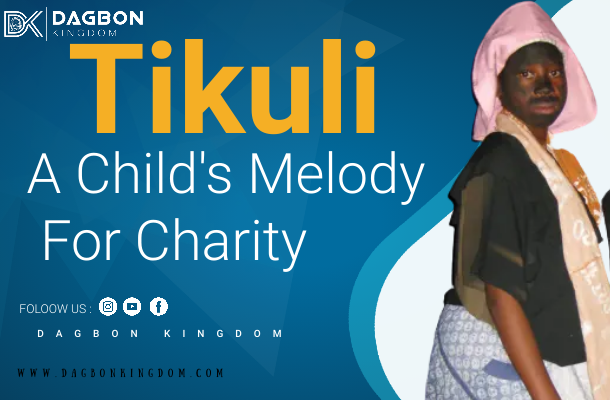 TIKULI is an annual cultural practice observed by the Dagomba people in the northern region of Ghana. It is a religious practice assimilated into Dagbon culture and observed in “Nolori Goli” (the month of Ramadan), the sixth month of the Dagbon calendar. For this reason, my focus for this essay will be centered on “Tikuli ” and the Eidul-Fitr celebration.

During the early settling of the Muslim literates, most and almost all homes wanted their children to be educated because Islam was perceived as the only light in the world. This resulted in the Islamic leaders called “afanima” harboring lots of children ( “karimbihi” in the Dagbani dialect) who learn the Holy Qur’an and other religious books from them.

After finishing the recitation at Yaa Naa’s palace, they proceed to Zohe Naa’s palace and repeat the process. At Baba Yili, the final sitting is completed, after which they remark, “Tikuli” is completed.”

Surprisingly, “Maasa” is thought to have been the common diet of the Hausa people. This put pressure on the chiefs to provide additional Maasas for the Imams on the night of the recital. Similarly to other areas, the Imams may be offered a sheep to sacrifice to God, which is slain the next day and shared among themselves.

Finally, the folks declare that they have sat for TIKULI.

Children in Dagbon make little drums out of tin cans with animal hides, plastics, or papers before the 27th-night. On Tikuli night, they take to the streets and houses of the town, singing, and dancing while dressed in tattered garments and wearing white powder on their faces.
When the children end each performance, well-wishers give them food and money.

In a nutshell, the song encourages people to give since they are contributing to God. You are refusing to give to God if you refuse to donate. God can receive whatever food is provided. It is from the word “Tirila” that the title of the song was driven. Instead of saying “Tirila”, it is rather corrupted to Tiila.
All goods acquired, including money and food, were sent to their Imams when they finished dancing and singing around the town. The youngsters could only spend what their imams had given them. They were not allowed to take anything from the crowd without the consent of their Imams.

In terms of finances, the Imams received a little sum of money from the palaces, which they could use to meet their necessities. They had no other sources of income, thus it was a substantial source of cash for them.

Fixing activities at the chiefs’ palaces, such as “Tikuli,” was a major and secure means of earning money. Tikuli was also observed because of the introduction of Islam to the Dagbon kingdom.

Religiously, it was thought that the night of “Lailatul-Kadar,” which coincided with Tikuli, was a good night. And it is said that any prayers uttered on this night will be answered without a doubt. That is why, during the reading of the Holy Qur’an, the overlord descends from his “Bimbini” to pray to God for safety, rain, prosperity, long life, and a peaceful reign in his country.

Cultural assimilation has also occurred as a result of Tikuli. It has become ingrained in Dagbon culture thanks to the “Gbengberi and Wangarinsi” settlers. Its annual observation had forewarned younger generations and implanted in them a tradition that has been passed down to this generation and will continue until the end of time.

Fasting was also introduced to the Dagomba people through Tikuli observance. They couldn’t fast for a month. They were forced to fast for only two days and then wait until the twenty-seventh day of the month (TIKULI DALI) to fast again and add the previous two days to make a total of three days. They will then claim to have fasted for thirty days as well.

People march to the prayer area to pray as Eid day begins with praises to God. The prayers are led by the Chief Imam and his entourage. It culminates with the Chief Imam delivering the “Hutuba” (sermon) and the slaughter of a ram at the prayer venue.

As people leave the scene to return home, they exchange “ni ti yuun-palli” greetings ( happy new year). This continues throughout the day.

The Chief Imam traditionally walks from the prayer site to the Chief Palace to welcome him, seek blessings, and wish him a happy and prosperous new year.
Homes that could afford to cook, on the other hand, served their neighbors. The youngsters who delivered the food were also given “Takursi” as a token of gratitude by the neighbors.

In Dagbon, the integration of Eidul-Fitr is equally significant. As people pay visits to their friends and relatives, it promotes peace and harmony among them. They dance and have pleasure in the overlord’s palace.

Finally, the Hausa people who settled in Dagbon for religious, economic, and cultural reasons contributed to new cultures such as Eidul-Fitr and Tikuli observing. Gathering food and money, encouraging peace and harmony, and cultural assimilation was among them. 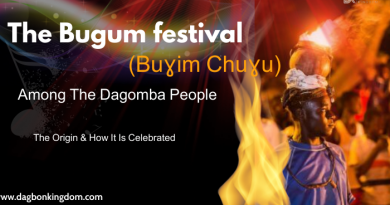 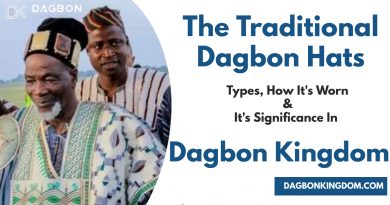 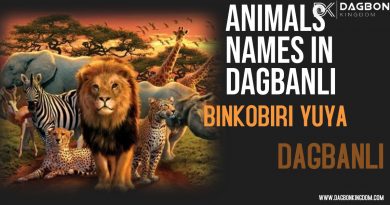 Names of Animals in Dagbani Language