As we await the official launch of the “Northern Ghana Tourism Development Strategy courtesy of the announcement by the Northern Development Authority (NDA), it would be prudent to take a moment for some reflections.

That is to say, they are rich tourism attractions endowed in various forms but their potential since independence up till date has been woefully underexplored.

There is no gainsaying the fact if the area’s full potential were unlocked as to position it as the tourism hub of not only Ghana but the entire West African sub-region, that would have fuelled development in the area and helped towards bridging the long protracted South-North development and poverty gap, an unfaithful legacy of British colonial rule. The gross national economy also stands to gain from that.

The creation of the North East and Savannah regions resulted in the loss of a number of tourism attractions hitherto marketed as found in the Northern region via Mole National Parks, Laranbanga mosque, Gambaga Scarp among others.

To this end, the current Northern region would have to contend with what it has.

The forms of tourism Dagbon/Nanung northern region offers are as follows:

Having said this, investment in tourism infrastructures in the immediate, medium to long term is very important-Hotels, shopping centers/super and hypermarkets, amusement and recreational parks, health centers, among others.

Bringing innovation to bear in upgrading some of the already existing tourism attraction spots in the 13 districts would be crucial.

For travel, cultural monumental tourism, Sankarayili which was once the trade and commerce hub of precolonial Sahel regional trade could still be positioned to play that sort of role in our modern-day context if innovation were brought to bear on it within the context of the northern development strategy.

We could explore the trade, cultural, historical, and blood ties Dagbon via Sankarayili sowed during pre-colonial times with then Hausa land (Nigeria)Wangaraland(Mali and Kon Empire(Ivory Coast), Kotokoliland (Togo)  Dandawaland (Benin), and Zambrimland (Niger)

Smart Dagbon based Travel and Tours companies could come out with packages in collaboration with their counterparts in the said countries to travel, cultural and community tourism.

Concept: For Ghana through Dagbon to strengthen brotherly relations through two-way sub-regional domestic tourism traffic between and the mentioned countries. I am sure our Zambrama brethren from Niger would love to visit Sankarayili where one of them, Babatu, after eventually giving up slave-raiding lived and died as an Islamic cleric/teacher. Indeed the Abudu who founded the royal Abudu gate is reported to have secured technical cooperation in horsemanship between Dagbon and Zambramland.

So also I believe our Hausa brethren would love to visit Sankarayili to enjoy “gonge” fiddle, music which even though sang and danced in Dagbanli but however sang in Hausa. They will also note with excitement the existence of so much Hausa vocabulary in Dagbanli, the Sankarayili Zango, etc and other living remnants of  Dagbon-Hausaland historical ties courtesy the legendary Naa Zangina et al.

So I hope our kotokoli brethren from Togo would enjoy the “Takai” dance which they also do back home.

With agrotourism, all the districts abound in it.

It is designed to buy into tourist’s popular requests and could take the form of visits to commercial farms, agro-processing establishments, livestock ranches, in the district .etc. e.g. Commercial rice farms, Avnash Rice Mill, etc in the Tolon District

So also is investment tourism which is the process of identifying and marketing to visitors traveling to or already living within a destination who may be potential investors and could end in investing there.

Desert country United Arab Emirates (UAE) should serve as a model for Africa and it is hoped that NDA could take advantage of the UAE-Ghana diplomatic relations.

The Ghana Free zones Board is on record in the late 80s to have drawn useful lessons from Dubai Ports Authority and Free zones Authority in its bid to establish the Free zone enclave at Tema.

Read More: The Traditional Dagbon Hats: Types, How It’s Worn And Its Significance In Dagbon Kingdom

The UAE despite her natural limitations in terms of eco-tourism attraction spots offered by the desert ecosystem viz river falls, wildlife parks, among others, the country brought innovation and technology applications to bear on developing and unlocking the full tourism potential of the country through strategic massive investments in tourism infrastructure-good road network, hotels, shopping mall, super and hypermarkets, amusement parks, artificial forest, wildlife parks, etc.

As of January this year a UAE government source said the total contribution of the travel and tourism sectors to the country’s GDP was AED159.1 bn(USD43.3 bn) which is 12% of GDP.

Despite the foregoing feat, the UAE authorities are not resting on their oars at all. 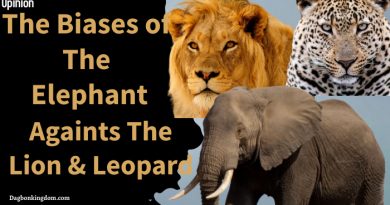 THE BIASES OF THE ELEPHANT AGAINST THE LION AND LEOPARD. 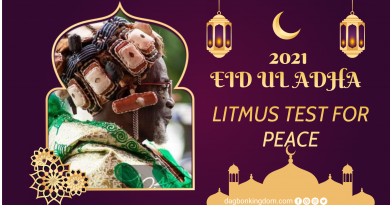 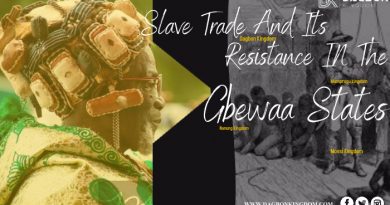